The Book of Micah 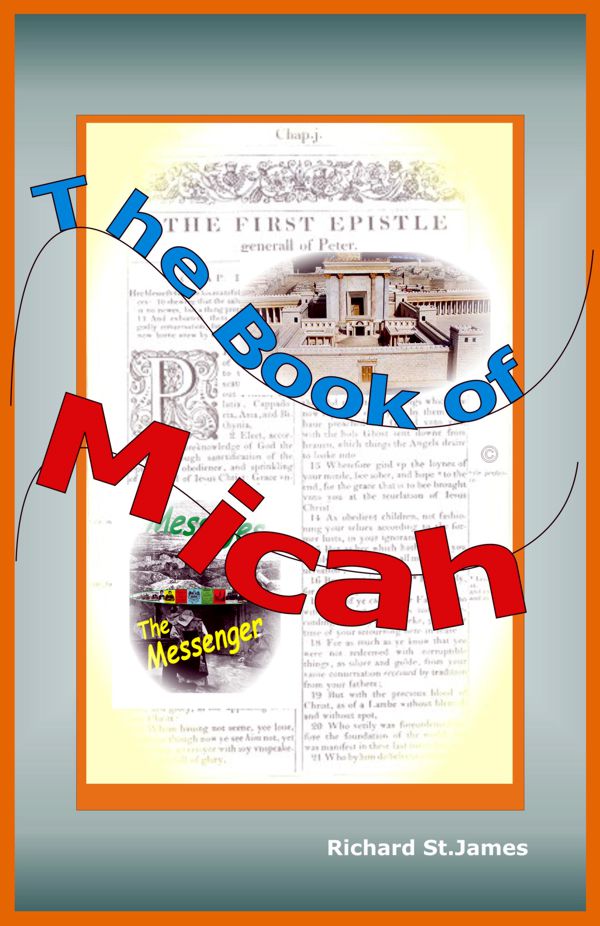 CHAPTER 1
Micah 1:1 “The word of the Lord that came to Micah the Morasthite in the days of Jotham, Ahaz, and Hezekiah, kings of Judah, which he saw concerning Samaria and Jerusalem.”

Now, notice something here in this very first verse. It is this. This is “the word of the Lord”.

God speaks to man, and more than this, God chose to commit the spoken pure words of God to all men through a certain people: the Jews.

Now, the Holy Ghost tells us this very same thing in the book of Romans in chapter three, verse two: “Much every way: chiefly, because that unto them were committed the oracles of God.” [Romans 3:2]

God has entrusted to [or committed to] the Jews … the transmission [by the Holy Ghost] of the spoken “word” to the written “word of the Lord”.

Therefore, the “oracles of God” have come to us [the Gentiles] through the Jews.

Now, we Gentiles owe so much to the Jews. Amen

Micah is a Morasthite whose ministry spanned the days [or the times] of three different Judean kings [namely Jotham, Ahaz, and Hezekiah].

Now, what was Micah’s message?

There is another prophet that can tell us. According to the prophet Jeremiah, we can learn that Micah was a messenger of doom.

Micah majored on doom for his people.

Micah majored on the unpopular theme of the future destruction of Jerusalem.

“Micah the Morasthite prophesied in the days of Hezekiah king of Judah, and spake to all the people of Judah, saying, Thus saith the Lord of hosts; Zion shall be plowed like a field, and Jerusalem shall become heaps, and the mountain of the house as the high places of a forest.” [Jeremiah 26:18]

Now, isn’t it better to obey God than men? Remember what Peter said in the book of Acts? “Then Peter and the other apostles answered and said, We ought to obey God rather than men.” [Acts 5:29]

Micah obeyed God. Did not the city of Nineveh benefit from the preaching of a prophet of doom? Jonah told the people in Nineveh to repent or be destroyed. They repented. The message of the prophet of doom was instrumental to their salvation. In the end it’s a matter of the heart; it’s how we view the prophet of doom. The people of this old world have heart trouble!

Now, Jotham was a king over the southern kingdom of Judah. He was the son to Azariah according to Second Kings chapter fifteen, verse seven. “So Azariah slept with his fathers; and they buried him with his fathers in the city of David: and Jotham his son reigned in his stead.” [2 Kings 15:7]

Ahaz is one of the “did not” kings in the Bible: “and did not that which was right in the sight of the Lord his God, like David his father.”

The third king contemporary with Micah is Hezekiah. “And Ahaz slept with his fathers, and was buried with his fathers in the city of David: and Hezekiah his son reigned in his stead.” [2 Kings 16:20]

Hezekiah is one of the “did” kings of Judah.

Hezekiah is a godly king. “And he did that which was right in the sight of the Lord, according to all that David his father did.” [2 Kings 18:3]

Thus, here we continue with our commentary on Micah.